MY HUSBAND ALMOST HAD TO SHOOT A MAN TODAY. 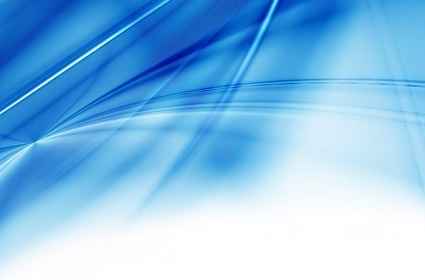 MY HUSBAND ALMOST HAD TO SHOOT A MAN TODAY. Not even logged onto the computer yet, he received a call that my family and I actually saw him responding to. We had just pulled into the ice cream shop, hoping to catch a few minutes with him when we saw the red and blues go darting by. It was not until he stopped by after the call, but never got out of his car, that we found out it was him.

“Was the really HIM?” asked my mom. Yes. What has become a natural observance for me was fresh in her mind seeing him racing into action for the first time. I’ve been there for the missed dinner dates, or the times he just sat down and had to race off, never finishing his meal, to back up a Brother in Blue or come to someone’s aide. But she had just witnessed for herself a tiny piece of what my life is like.

So much happened that I will never know about but the words that I walked away with and that are still ringing in my ears right now are, “I almost had to shoot a man today.” I’ve heard it before but it has always been after he finished shift, changed back into his regular clothes and came home. I had never been there by him right after it happened. He texted later to apologize for the lack of words when my parents, boys and I came out to his squad to say hi and goodbye and wish him a safe night. But I understand. I am the one that stays up after shift to watch a movie or just talk until the adrenalin of the day tries to leave his system. I am the one that hears the “I can’t go right to bed when I get home, I just need a little time.” My other family members know I am married to a cop but I don’t think anyone else really knows just how much being a cop affects him to the core. Today I saw what it was like to be there with the adrenalin still fresh in his body. The way it changes who he is and the emotions he is feeling.

I watch the news and I see the stories about the shootings that DO happen. I can only imagine what those officers are feeling when they DO have to pull the trigger. But I don’t think people stop to think about how many times a day the word ALMOST comes into the picture. The shootings that happen are major events and are publicized so the media can have their day but what if we knew just how many times the word ALMOST happened. How many times do our men and women in blue choose in that split second, with the adrenalin flowing fierce and hard, to NOT pull the trigger? Something happens to let them decide that it’s not time to pull. Somehow they come out of the call safe and sound and go on to the next call pending on their screen. Sometimes they catch the perp and sometimes they get away but that decision, with adrenalin flowing and lives in the balance is one I cannot being to imagine having the responsibility to make.

I saw today what it was like when the word “ALMOST” had just happened, and with the way the world is going I will not be completely caught off guard if I get the call saying he had to pull the trigger. My point in writing this today is to share the story of this “ALMOST” and to ask people to stop and think about what it must be like to have to make that choice. There are consequences to both decisions and seeing how he felt after the ALMOST, I pray he never does have to pull the trigger. BUT, if I do ever get that call that he did have to make that choice I will know for sure that it was the right call, for I’ve seen what he feels after the ALMOST, and the wisdom, courage and strength it takes to not pull the trigger. If the call does come, I’ll have his six because I know he knows what he’s doing and has had to make the choice so many times. He walks the Thin Blue Line with honor and I have all the faith in the world that he was born to do this job. I love my cop with all my heart and am proud to be his wife.  I’ll continue to sit up late into the night to watch a movie, or just talk or hold his hand after the ALMOSTS. I’ll never know what it feels like to have that adrenaline slowly leaving my system, but I’ll always know what it feels like to be by his side and will always think of him as my HERO.

Having lived the life of a law enforcement wife for 20 years, I am now finding my way as the wife of a retired police officer and the aftermath of living the active LEOW life. I've survived breast cancer and am living the battle daily to press on to tell my story and remind others that "cancer" doesn't stop affecting the patient when the cause is removed...it's just the beginning of fighting to stay cancer-free! Wife and mother of two boys, the older now married...life doesn't get easier just because he retired, it just becomes a different adventure. Breast cancer survivor, Special Education teacher, wife, mother, daughter and friend...I bring all of these topics to my posts as I find that sharing my thoughts helps me process and makes me a better human. I never know what will come out of my brain an onto the page, but I know it will always be interesting. View all posts by truebluewife